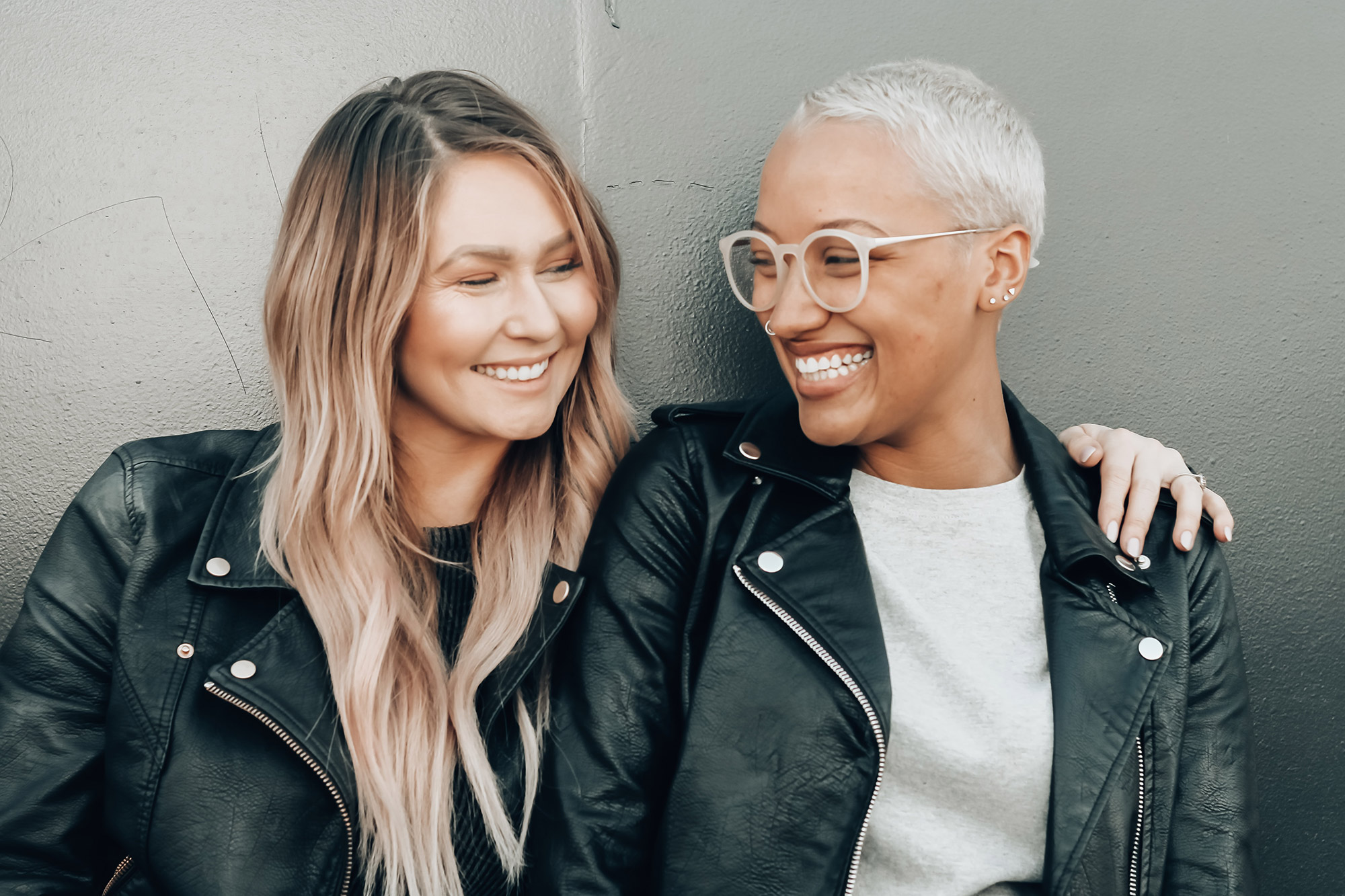 There are practically no aspects of our societies not impacted by the rapid digitalization of interhuman exchanges, diminishing the age-old obstacles of time and space and in one sweep transforming the ways humans, and primates before us, have interacted for over two million years.

But despite the emergence of easily accessible digital platforms and apps providing tools for instant communication across vast distances at low cost, revolutionizing the way we initiate and form social relations, we are seeing a steady growth in subjective perceivance of social exclusion and isolation. Restrictions and limitations of the Covid-19 pandemic further contributing to and accelerating this trend.

With the implications of insufficient social interaction being known to significantly increase a person’s risk of premature death from all causes and being linked to public health juggernauts as high blood pressure, heart disease, depression and cognitive decline – famously compared by J. Holt-Lunstad[i] to smoking 15 cigarettes a day or having an alcohol abuse disorder – this is shaping up to be the lowest hanging fruit to mitigate declining public health of a digital age, and simultaneously positively influence public health spending.

Curiously, in spite of health benefits of social interaction being relative to its dual counterpart, better quality of life, increased sense of community, decreased risk of cognitive degeneration and mental health challenges – and the fact that most of our lives evolve around negotiating these complex interactions in one form or another - we still know very little about the mechanism involved in the forming of new friendships online. The overwhelming majority of the research thus far having focused on romantic relationships, as this has been the commercial focal point from the early 2000’s until now, and what studies have been done has focused on the quality of online friendships, rather than the mechanism behind them.

With this in mind two researchers at Norwegian school of Economics, J. Mongstad Eriksen & M. Kleiberg Hestenes[ii] teamed up with Venn for a qualitative case study of a selection of Venn users, aiming to map the process of friendship forming, from initial online engagement with a stranger, through the passing of various gates of acceptance, to meeting in person, and potentially becoming a bona fide friend.

Sharing similar preferences in activities and passions increases probability for success in all stages and acts as a continuous checkpoint before proceeding to a next stage, from first swiping in Venn, to the formation of a friendship, as well as the probability of evolving into a close and lasting bond. As communication online often offers a wide selection group and includes preference settings - it is primed for matching common interests[iii],and the participants reported no problem in finding compatible matches.

One of the more obvious reasons for the importance of common interests is that it tends to improve probability for equally balanced participation and investment in the new relationship, and the observation that people become more forthcoming when they are doing something they enjoy.

The case study could confirm existing literature in regards to well established friends tend to be more aligned in preferences of activity, weighting interpersonal chemistry above political or ideological consensus.

The participants initial perception was that age and gender was not of primary importance when selecting potential friendship matches, only to contradict themselves by swiping behaviors, suggesting that similarities in demographics, based on the idea that closeness in age equal closeness in interests, increase success rate.

The respondents communicated a clear preference for matching with attractive counterparts - here loosely defined as being visually appealing – aligned with the existing literature, and believed to be an expression of associating visual symmetry with characteristics as kindness, warmth and generosity. Several participants leaned towards preferring to match with subjects who visually resembled themselves, explained in part by the human tendency to assume attractiveness in others correspond to matching characteristics and attitudes with one’s ones[iv], and partly by the dominating featuring of photos in the apps interface, triggering humans’ evolutionary readiness for making decisions about other humans in as little as 30 milliseconds simply by assessing their face.

As a result of the latter, visual first impressions emerged as the main gate keeper for matching, first imprint being very hard to alter, and additional time spent evaluating faces tend to focus on confirming the initial impression, rather than alter or nuance. Potentially depriving users of compatible matches and meaningful friendships based on inaccurate face bias and possibly misplaced confidence in the millisecond process of the brainstem[v].

Function as an initial gateway for confirming similarities in potential matches, first through face evaluation, then put to the test through the first meeting.

If incongruency in like mindedness is perceived, further development into friendship is unlikely. Likewise, if similarities of personal characteristics are identified, it can also act as confirmation of one’s own values and opinions, which in turn can increase emotional satisfaction, making communication run smoother.

Individual traits most frequently highlighted as the most decisive for a successful encounter was to be forthcoming, respectful, competent and decent. All characteristics commonly associated with a high degree of social skills[vi], pointing towards social abilities as being important for a good start to a friendly relation, which then decreased in importance as the relationships developed, giving way to interpersonal qualities as the formation into friendship progressed.

Additional qualities as honesty, kindness and consideration were found to promote acceptance and willingness to meet again, while bad mannered behavior functioned in all cases as a dealbreaker, effectively depriving subjects of a second chance to correct or adjust the decisive first impression.

In line with social penetration theory[vii] a certain amount of superficial communication is expected when engaging online with strangers, with several of the participants reporting using small talk as a tool for scoping the level of interest of the other party in continuing the interaction, and kept relatively trivial online, until meeting in person.

In this sense the Venn case study differs from the established literature, postulating that online interactions tend to facilitate a more direct approach and involve sharing intimate information, as far as information not shared with people in existing close relations[viii]. One explanation to this discrepancy can be the key characteristics of online communication being anonymity, and in Venn users appear with a profile, containing name, age, photo, often accompanied by a profile text with further personalized information.

Openness and self-disclosure then coming into play at center stage at the time of the first meeting, sharing personal details about one’s self increasing perceived credibility and transition conversation to a more intimate level, indicating that revealing something private invites trust and promotes chemistry.

As a perceived balance of interest and motivation was found to be of crucial importance in all stages, from chatting online, to the first and consequent meetings. Often described as showing interest, not having to carry the conversation or planning, but mutually mirroring each other’s level of commitment. This value on reciprocity has been linked to the level of caring and compassion a person possesses, as an evaluation of how they will function as a potential social support in later stages of friendship[ix].

Mutual reciprocity in effort, time and resources is shown to be vital for the longevity of a friendship, and if unbalanced, dissatisfaction will grow and the friendship land in jeopardy. Lower level of reciprocity equals lower levels of relational satisfaction, which makes it less pleasurable to spend time with the individual.

In certain cases, e.g., someone recently moved to a new location and lacking social network alternatives, subjects can temporarily lower their need for mutual balance, but the relationship formed will have significant weaknesses unless long term balance is restored[x].

Here understood as the importance and possibility of the young relationship being prioritized, following the successful navigation of all the other initial gateways of acceptance. Involving time, geographical availability and effort to nurse and nurture the connection, especially in the early stages of the friendship development, after the initial meeting. Hours spent together at this phase is shown to correspond directly to how intimate a relationship in question is formed, known as “mere exposure effect” [xi], predicting that relative increase in time spent correlate to reciprocal liking. One of the explanations for this is naturally that the more time spent together, the more information and experiences shared, forming mutual memories, which strengthens and advances the bond.

Geographical proximity, translating to social availability, emerged as one of the most dominant drivers for initiating a new social connection in Venn, correlating with the perceived importance of spending time together. Too great geographical distance, found to be around 20 minutes at most, resulted in the participants choosing to swipe in favor of someone closer by.

In summary, through the selection based on the five key factors of creating lasting social bonds the Venn users will end up with candidates possessing the preferred attributes most valued for friendship, which in turn will increase attraction.

Common interests and individual attributes, as gender, age and attractiveness are initially decisive, as they combine for the first gate of approval requisite to be passed prior to a match, the swipe-phase, and proceeding to engaging in digital contact, the chat-phase.‍

Openness & self-disclosure, reciprocity and situational factors were found to be most relevant when advancing to the initial face to face encounter, and most significant in developing a viable long-term friendship.

It does seem like birds of a feather indeed flock together.